As we all know, 2018 has been quite a tumultuous year.  My own year started out with smiles and glitter and ended in homelessness.  Each day is hard but I strive for my end goal to once more be reunited with my ailing husband.

Whether your days are sprinkled with smiles and glitter or you are having a hard time of things, I want to wish you all a Hyvää Joulua / Blessed Yule / Merry Christmas and more.  It doesn’t matter which faith you follow, which country you are from or what colour your skin, eyes or the colour of your hair.  My love to you and your families, and be safe.  I hope and pray that 2019 brings a smile to each and every one of you in these difficult times.

I will seek my ray of light throughout the darkest months of winter and refuse to give up hope that my husband and I will have a happily ever after.

Marko has suffered a fractured skull, fractured cheek bone, brain bleed, kicked out teeth and more, followed by a stroke.  While he is currently in the care of his mother, he lives in my heart and soul as I send all my strength and happiness his way.

Remember to hug all of your loved ones, reminding them that they are loved and are never alone, no matter what each day brings.

Blessed Be to you all,

I stumbled across How to be Deaf at Goodreads where its author Rosie Malezer had reviewed another self-published book that I was curious about.  This is the blurb:

For over 40 years of living in a hearing world, a woman wakes up one day without sound. After being diagnosed as profoundly Deaf, she realises that she now lives in a world filled with audism, surdophobia, and people who blind-side her at every opportunity.

After having her rights being taken away and being threatened with arrest for talking too loudly in a government building when she begged for an interpreter, she decides to put together a book for her younger self, in the hopes of softening the impact of such a hard transition. Going from hearing to Deaf really knocks the wind out of you, but not for the reasons you would expect.

I know being deaf can sometimes (or mostly) feel like you’re a square peg in a round hole, trying to get by in a Hearing world… but I’ve come to realise and appreciate the benefits that being deaf brings.

I don’t mean literal benefits like DLA or PIP – oh no – I’m referring to the everyday perks of being deaf. Thinking about it, there are many pluses to being deaf in a noisy world but I’ve decided to list my top THREE faves in the hope it might inspire you to tell me yours.

1. I can sleep through anything. According to my social media feeds myhearing friends spent the last couple of nights tossing and turning as thunder rumbled and lightning flashed. Pelts of rain kept them awake but me? I slept like a log. My husbands snoring never bothers me and if I had noisy neighbours…

With the contest deadline fast approaching, I did today what I did not have the funds to do last year (or the guts) and I submitted my Non-Fiction book “Change Your Name and Disappear” to the competition.

The story is of my terrifying days spent with my violent ex – beatings, rapes, abuse… the death of my son.  It is not a pretty story to read, but hopefully it will help other women in the same situation that I was in see that there is hope, even though everything might seem hopeless and lost.

Is it odd that I am both terrified of what I have just done and excited at the same time?  I know that sometimes the past needs to be left in the past, but even now – 20+ years later – I am still learning to deal with what has happened and move on.

I no longer live in harm’s way, have learned American Sign Language in order to communicate each day, and am slowly learning that every new day brings a new kind of strength and resilience, just knowing that I survived.

I hope I do not fall flat on my face with my submission to the contest.

Due to Facebook taking it upon themselves to illegally siphon funds from my bank account over advertisements which THEY have chosen to boost, I have decided to jump ship and abandon the failing social media platform.

My sites on Facebook (Rosie Malezer / The Cathood Blog / Cathood Press) and more will be permanently deleted within the next 24 hours.  I will instead be transferring all of my online dealings to Twitter in the hopes of the same occurrence not repeating itself.

Mark Zuckerberg has been in the media many times lately.  Sadly, none of these reasons are for newsworthy happenings which are good.  Unfortunately, I have now (first-hand) found out why after having my own bank account raided by the social media platform.

I can now be found on Twitter alone, with my personal account @rosiemalezer and my not-for-profit business account @cathoodpress always on the go.  Please feel free to follow and I shall do so in return.

Happy publishing, all, and thank you for all of the incredibly high quality books to read and review.  Nothing makes me smile more than seeing the talent shining from you all.

Here in Northern Finland, it’s been extremely chilly of late.  While springtime is still buried underneath a couple of feet of snow and ice, I decided to take my grocery sled for a walk and get some much-needed supplies.  After all, the weather man promised beautiful blue skies and warmer temperatures outdoors, instead of the constant snow in -40 degree celcius chill I have grown so fond of. 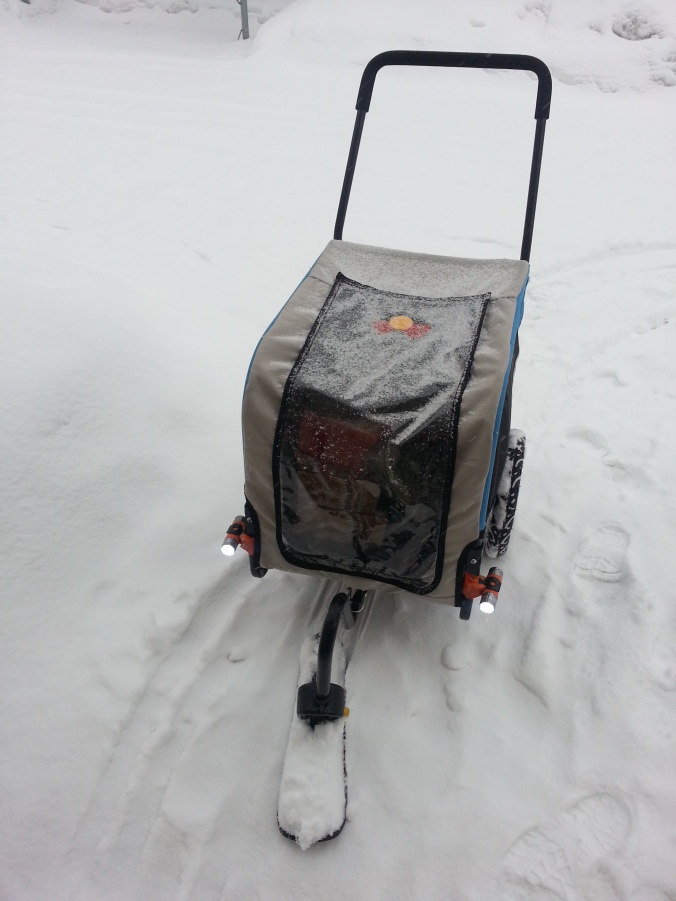 On returning home from the store in the unrelenting blizzard, my body parts having fallen off from the cold, scattered here and there underneath another foot of newly fallen snow, and my face bruised and frozen from the camouflaged ice and snow which pelleted me head-on…… well, I shall air my fully vocal grievances when both me and said grocery sled defrost

It is a question asked so often and, while the typical answer is true, it is not the whole truth and nothing but the truth.  Yes, it is true for the majority of Finns that Finland is one of the luckiest countries in which a person could live… unless you are Deaf. That small difference decides your fate between being housed or homeless, being employed or discarded as too stupid to work. Deaf people in Finland are begging to be heard.  Income, housing and basic human rights are something a Deaf person in Finland would give anything to have.

Even when the law courts of Finland have demanded that a Deaf person be treated with respect and dignity, the social institute of Finland, KELA, outright refuses to obey such a court order.  How do I know this?  I am Deaf.  The courts have ruled that KELA stop acting so shameful and permit me my basic human rights.  At first, KELA conceded that they would do so – this lasted for less than 24 hours before they rescinded their decision to provide any assistance to one of their own law-abiding citizens and defy the courts of their country.

My advice to anybody who is Deaf:  DO NOT come to Finland unless it is for a short-term vacation and you are accompanied by a hearing person.  As a Deaf person, you will see the vast beauty of Finland’s landscapes and incredible fauna – too beautiful for words.  You will also learn of a new word – SURDOPHOBIA (the fear and loathing of Deaf people) – as many people’s backs turned the moment they realise you are Deaf.

The Poliisi of Finland are the only exception to this rule, but they are helpless to act.  They are frustrated and angry also at the way that Deaf people are treated by government and Finnish people.  I would give anything to be living in Australia right now, surrounded by my family, yet once again hiding every day and night from the man who has vowed to police to kill me – my abusive, former spouse.  But after the death of my baby and injuries inflicted upon me which cost me a year of my life, I know I can never return home.

I live in Finland with my Finnish husband.  We had a choice of which country we would live out our lives and, due to his culture shock with the weather, we both chose Finland.  It was a decision made eight years ago when we married.  My options, however, are now coming to an end.  The powers that be in Finland have, again, turned their backs on the basic human rights and needs of the Deaf of Finland.

An article today appeared in The Limping Chicken – a BSL (British Sign Language) site which promotes and advises both Deaf and hearing people worldwide.  The article is very much worth a read, as it tells of the DOs and DON’Ts of how to make Christmas (Joulu, in Finland) an all-inclusive time for friends and family worldwide.

All Deaf people want for Christmas is…

To Charlie Swinbourne, I thank you for making the lives of your readers both positive and all-inclusive.  May you, your friends and family have a Hyvä Joulu for 2017.

I was having my lunch with some arts professionals and we were discussing what forthcoming projects we had lined up. I was the only deaf person present and I was interested to hear (lipread, rather 😉) what was everyone was doing.

One lady said she had a ‘dilemma’ as she had been offered the chance to deliver workshops for people with learning disabilities – but she didn’t want to take the work.

Why? We all asked her. “I’m not trained in this area,” she confessed. “And although the organisers have said they will offer me all the training I need… well..” and thenshe turned to me and said

“No offence, but I’m not interested in working with special needs. It’s just not interesting.”

I was stumped. First of all, why was she looking at me? Did she assume deaf people had learning disabilities or were experts on the topic?

“The Golden Rule” is one of the most extraordinary books I have read in a very long time. -Rosie Malezer, Editorial Book Reviewer

I woke up to the best present a writer can get, another 5 star review for my children’s book, The Golden Rule! But this isn’t just ANY awesome review, it’s #20.

I’m not afraid to admit that I have never received 20 reviews (good or bad) for any of my work on amazon…until today!

I’m not trying to toot my own horn too much. What makes this awesome is that 20 reviews on amazon offers more. It unlocks certain benefits.

At 20 reviews an author’s material becomes more visible in searches. Parents and loved ones looking for children’s books will see mine easier now. It is more common in suggested books during searches and also has that stamp of approval from enough readers that one can get a feel for the true nature of the content.

Every milestone matters to an author. I remember when 8 reviews were difficult…